Till the cart closes.

Learn How to Grow Your Audience Faster using Gamification (without Paid Ads).

All of the coaches say that you need to grow an audience.

You know it’s true, you understand that:

More people in your audience = more people knowing about what you sell = increased chance of sales.

But maybe you also find one of these things to be true:

If any of those things are true then Gamification could be the answer you need. 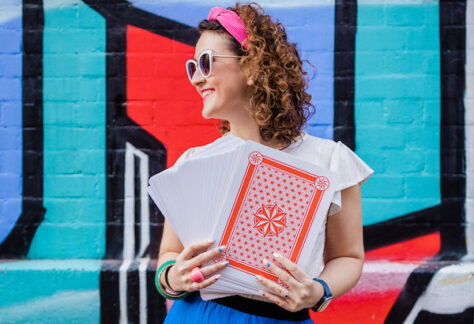 Join the course
Join the Waiting List
What is Gamification?

Not 100% sure what Gamification is? You’re not alone.

Even Gamification professionals can’t agree on a set definition!

Throughout history people have played games; from hopscotch to chess, from Fortnite to tiddlywinks, from conkers to cricket. We’ve all played a game and been unable to put it down because we are enjoying it so much, wanting to beat our opponent or just get to that next level…

The concept of gamification is to figure out;

In this course, you’ll learn how to use Gamification in two main ways.

To motivate yourself to grow your audience faster (doing those tasks that you would normally put off!)

What happens when you grow an audience of the right people?

I want in!
Why do you need to grow your audience?

Well, business is a numbers game.

Essential numbers in your business include for example;

Your Number of Sales.

Your Number of Customers.

So the bigger your audience, the more sales you can make.

So it’s safe to say that growing your audience will help you maintain and grow your business.

But It’s not something everyone enjoys or finds easy.

This course will help you to figure out what motivates you to take action so that you can consistently work on building your audience.

I want to join!

Think Gamification isn’t for you?
“My audience is going to think I’m silly adding in Gamification.”

Gamification doesn’t have to be silly and some of it isn’t fun, some people are more motivated by deadlines than rewards. People aren’t all motivated by the same things. A lot of gamification techniques take inspiration from psychology, human behaviour, management and marketing – all very serious fields.

And of course, many ‘important’ and serious brands use Gamification to great effect. Your audience might not realise it but they interact with Gamification most days!

As above, people aren’t all motivated by the same things and equally, not everyone finds the same things fun. In this course, we’ll teach you how to use Gamification in a way that makes sense for the types of people in your audience.

“I’m nervous to try this as it sounds so experimental..”

Gamification has been around for 20 years. It is used by many household names to get great results every day!

Gen x is a gamer generation, they grew up with it – it isn’t just for millennials.

Games have been around forEVER…

Another example is Bingo.

“The game itself, not originally called bingo, is thought to have had its roots in Italy in the 16th century, specifically, around 1530. Bingo originates from the Italian lottery, Il Gioco del Lotto d’Italia.”

Games aren’t new and everyone has played or likes to play some sort of game.

Gamification is a useful tool that you can use to motivate yourself and your audience for greater results. In this course, we’ll show you how to use it to help you to grow your audience faster.

Let's get real for a moment, though.

Building a business still requires the right mindset and attitude. There’s no magic wand and no Knight in Shining Armour.

If you want to:

Then this course is NOT for you.

Then, welcome! This course has been created just for you.

Join the course
The course will cover:

Using Gamification to plan better, for improved time management and better prioritisation so that you can fit in those pesky audience growth tasks!

Using Gamification to reduce imposter syndrome, reduce fear of being visible and improve self-confidence so that you can grow your audience faster!

AND for those who struggle with know-how we have included some bonus training from experts:

Daily training videos that keep you moving the forward and growing in confidence (released weekly so if you prefer to work in time-blocks you can!)

Ask Me Anything Sessions

How to use Facebook groups to grow your audience

How to use LinkedIn to grow your audience

How to use PR to grow your audience

Bonus Webinar- 3 months worth of content ideas in an hour.

So you may be wondering, why you should listen to me when it comes to Gamification or Growing your audience.

This year I used my Gamification skills to achieve my mission of booking and delivering 52 guest expert slots in 2022. I achieved this mission in just 7 months.

On 31st December 2018, we hit 2,500 followers on Instagram. I then set myself a mission to get to 10,000 followers by the end of the year, I achieved it 8 days late but I used my gamification skills to achieve this mission.

We haven’t run a course on this specific topic before though which is why we’re running it as a beta test at a reduced rate. 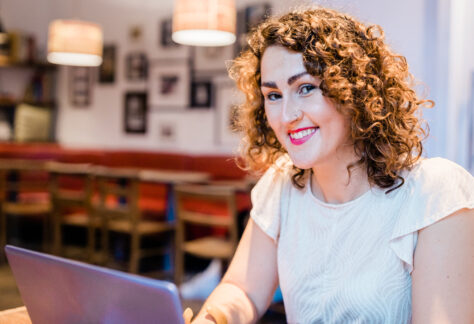 Plus a quick bio about me!

Kimba is a successful, innovative and creative entrepreneur based in Bristol.

Kimba has been using Gamification in her personal and business life to improve results and meet her goals for as long as she can remember.

As well as running a flourishing business, in her spare time, she’s a sponsored hula hooper and has used gamification to outsell the other sponsees by 10x.

Gamification has enabled Kimba to improve all aspects of her business leading to more sales and greater results for everyone involved. Whether it’s engagement on social media posts, an increase in the number of people completing her courses or showing up live to online events, better participant retention in her challenges and memberships or getting higher quality testimonials.. everything she’s gamified has seen a marked improvement!

A great example of this, comparing the last two challenges that Kimba ran which upsold to her Instagram course. By adding in just a handful of Gamification elements she went from a 1.1% conversion rate to a 2.9% conversion rate – an increase of 162%.

Kimba has gamified other areas of her personal life too, to help her fit in extra reading, exercise regularly, or learn new skills (all while having fun!)

Kimba now helps other businesses to apply gamification techniques to boost results for themselves and their customers/members. By working in this way everyone is a winner!

I want to join!

This is a Beta Course, which means we are testing everything and you are our guinea pigs.

Having said that, we do have a lot of practice in all things gamification so it’s not an experiment, it’s just the first time we’ve run this course!

This means the next time we run it we’ll be charging more.

So if you don’t mind things being a little less polished, the odd mistake here and there and asking you for feedback to improve then you should definitely join now at the beta price!

Let me join the course

This is your only chance to get the course at this early bird price. There’s only

Till the cart closes.

FAQs.
When does the course start?

How long is the course?

No, You’ll have access to lives with me in a group setting where you can ask answer questions.

You’ll also have a private pop-up Facebook group for the duration of the course where you ask questions about the course.

How much tech knowledge do you need and will you then have to spend a lot more on other tech to be able to gamify?

There’s not much tech knowledge(if any) required!

Everything we teach you can do for free (or at most very cheaply).

Do I need to join live?

Turning up live is beneficial as you get your chance to ask me questions.

However, we know life can get in the way, so you’ll have access to replays to the course.

How long do I have access to the material?

You will have lifetime access to any recording/worksheet material for the course.

Do you promise to grow my audience?

We can’t promise anything. We can give our best efforts in helping you to grow your audience through Gamification techniques.

Do you give refunds?

We don’t offer any refunds

How much time does it take?

We’d recommend at least 2 hours a week to watch/take initial action on the course content, and then regular, daily action to help grow your audience.

Is it suitable for B2B or B2C?

The course is suitable for anyone with a business!

Can I switch between payment plan and pay the remainder in one payment?

Yes of course! You would need to contact our support team who will help you out.

What happens if I stop payments?

The payment plan is not a membership – it’s a scheme to split payments across a number of months.

If payments are stopped, we will take further action to ensure full payment is made.